The Inca Site of Wiñayhuayna 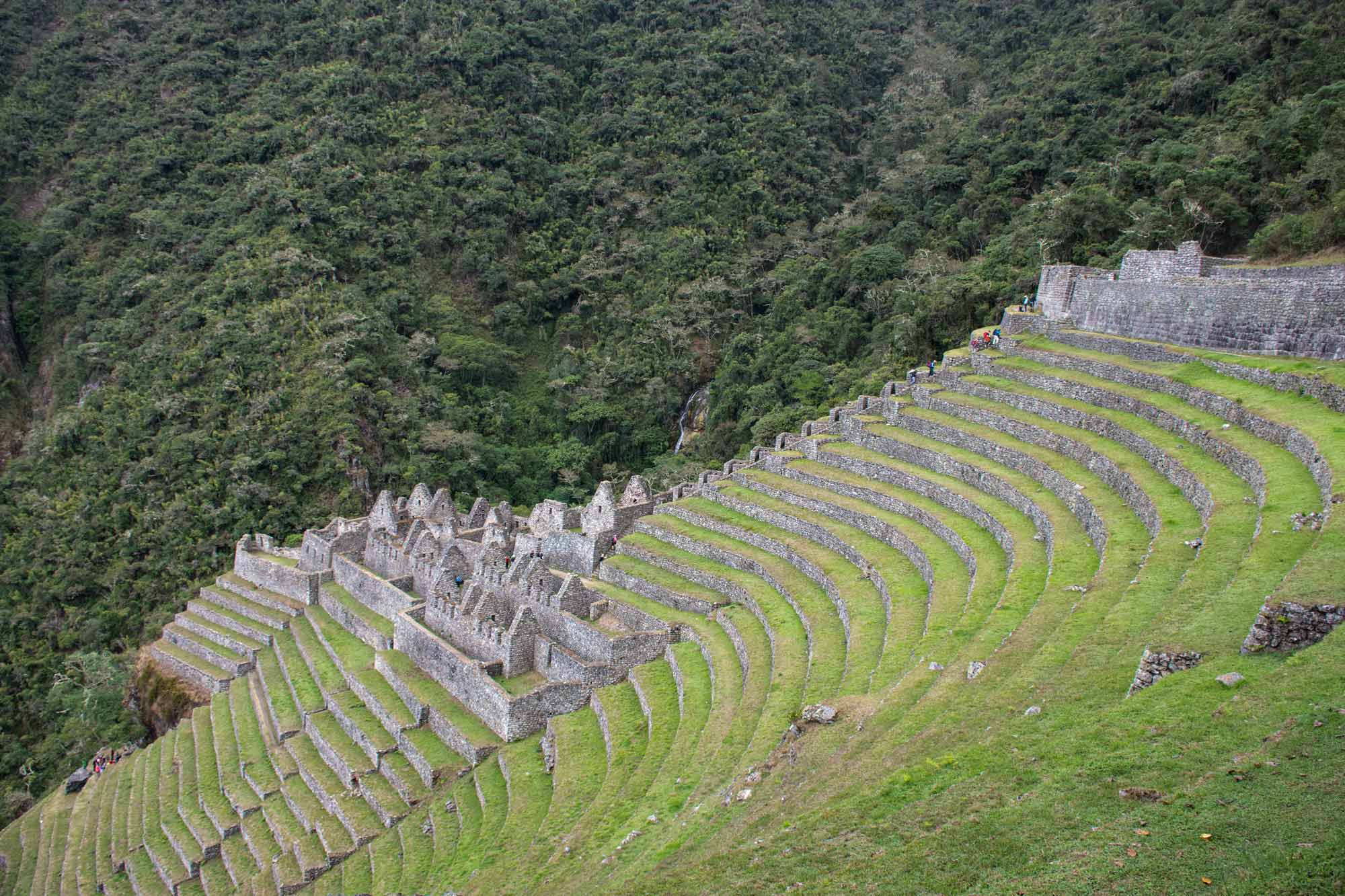 Winay Wayna stayed hidden for a very long time, which might explain why its still so well preserved. It was discovered between 1940 and 1942 by Wenner Gren´s scientific expedition, well after the rediscovery of Machu Picchu in 1911. Research into the site has been led by the famous Peruvian Archeologist Julio C. Tello. He gave the site its current name of Winay Wayna.  Named after a beautiful orchid found exclusively on the trail, the name is in Quechua (indigenous language of Peru) and translates to ¨Forever Young¨ in English. The perfect name for an ageless site, that could rival the most modern and well-studied architecture. This precious orchid blooms all year round, therefore the coloration to it being Forever Young.

Winay Wayna is 2 650m/ 8 694ft above sea level, about 3.3miles (4.7 Km) southeast of Machu Picchu. It´s located between the ruins of Phuyumatamanca and the Sun Gate. It’s perched on a mountain slope and from afar it gives the illusion that its floating on the clouds. Because its so close to the high jungle, the climate tends to me warm and humid in the day, with temperate nights. The humid weather brings with it lots of mosquitos and they will bite you mercilessly, with the effects being felt long after the bites. We recommend you bring strong insect repellent.

The construction and use of Winay Wayna

The construction of this magnificent site is pure genius, the stone placement is immaculate, blending with nature and respecting the ecology just as the Inca did. The architectural style is very similar to that of Machu Picchu. It´s made of two platforms, separated by 16 Inca terraces. Each platform has temples, religious rooms, ceremonial water fountains and the 7-window temple which was used honor the Rainbow God: Cuychi.

There are three theories being thrown around regarding the use of this Archeological site. First one is that it could have been used as a spiritual center. The water fountains give weight to this theory because the ancient Incas respected and performed many rituals to mother nature. Machu Picchu is known for only accepting within its walls nobility and the elite from the empire, it would make sense for them to need a place to rest and perform rituals before entering the holy site of Machu Picchu. Another theory is that it was used as a food warehouse or Tambos. Used to store produce harvested nearby and then later redistributed to nearby communities like Sayaqmara,Intipata, Conchamara and Phuyupatamara.  The most accepted theory is that it was used as an administrative center for the city of Machu Picchu because of its location and design. When you see the structure of the building in person this makes the most sense. The enclosures could have been used to store crops like coca leaves, quinoa and other crops. The water baths to perform rituals on the way to the Inca city.

How to get to Wiñay Wayna?

The site is protected by the Peruvian government and therefore highly regulated.  The only possible way to see this site is to hike the Short Inca Trail or any other Inca Trail hike variation. Once you arrive at the top of this Archeological site you will be welcomed by the most panoramic and spectacular views of the trek so far. From here you get unobstructed views of the Urubamba Valley, the train tracks and train, snow-capped mountain peaks like Mt Veronica and the Vilcanota River gently flowing down stream. Click below for a trek leading to Winay Wayna:

The Campsite of Wiñay Wayna

Just above the Archeological site is a campsite that shares the same name. It´s the last campsite before reaching the Majestic Machu Picchu. Its at an elevation of 3 680m/ 12 074ft a gradual walk to Sun Gate, where you will get your first full jaw dropping view of Machu Picchu. It’s a safe campsite surrounded by retaining walls and rest rooms, providing a place to get a good shower before approaching the Citadel. On the short Inca trail its used as a rest stop to grab some lunch, use the restroom and take pictures of the stunning landscape that envelopes you.